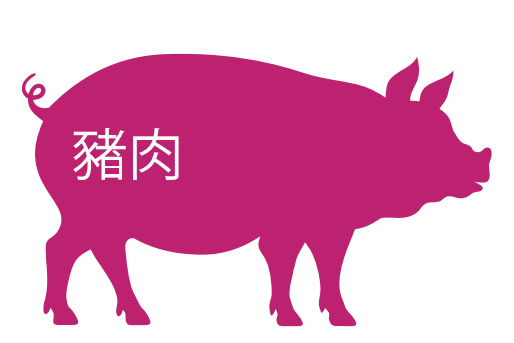 China’s inflation is at a five-year low, and pigs may be playing a big part in the concern over deflation.

According to The Wall Street Journal, pork prices are given a weight of about 10-15% when measuring China’s consumer price index and inflation level.

Since pork prices fell 4.3% last year, this could be a key reason consumer inflation has been surprisingly low, at an average of 2% for 2014. Other causes include falling oil prices and a slowed housing market.

The article connects the decline in pork prices with Chinese President Xi Jinping’s campaign against corruption and extravagant spending. Households are cutting down on pork, which is a large part of the Chinese diet.

“What’s different this time around is that the government’s [anti-extravagance] campaign has changed pork consumption and thus the cycle of pork prices,” economist Zhou Hao told The Journal. “Things are different now. I just don’t see any signs of recovery in pork prices any time soon.”

According to The Economist China raises more than 500 million pigs a year, more than the half of all the swine in the world, and due it’s importance as main part of the Chinese cuisine and families fro the last couple of millenniums.

During the last years as the swine prices has raised it also has become a  symbol of wealth making it more important for the up and the growing middle classes, representing now more than 70 % of the meat consumption all over the country.

The Chinese Communist Party sees keeping pork affordable and plentiful as an important way of maintaining stability. Because the Chinese eat so much pork, when the price of it rises, all prices rises. So they support pig farmers with huge subsidies and have the world’s only pork reserve – live and frozen – to try and keep prices stable.

Demand for pork is also driving Chinese investment abroad. By one count, Chinese companies have bought 5 million hectares of land, more than half the size of Portugal, to grow food like pigs in other countries. In 2013, China’s largest pork producer bought Smithfield Foods, the world’s largest hog farmer and pork processor. It was the biggest Chinese takeover of an American company at the time.

China’s Pork Miracle? by Institute for Agriculture and Trade Policy

The Empire of the Pig by The Economist